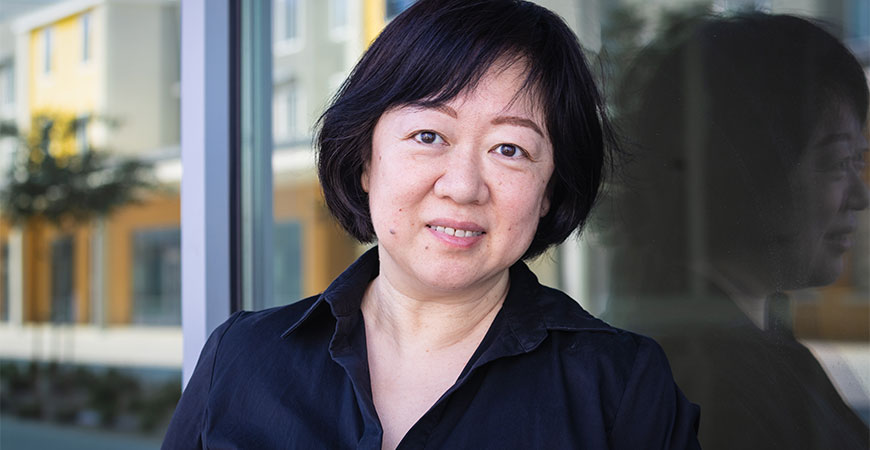 Her research group is pursuing quantum computing and technology project that are helping to expand her department’s concentration of quantum research and education.

“Our field has evolved so that we can be faster, more accurate and more coherent, but we still haven’t reached a point where we can make large-scale quantum computers,” Tian said. “We’re turning, instead, to quantum simulators, hoping to emulate effects that are too difficult for classical computers.”

Her newest National Science Foundation (NSF) grant provides $250,000 over the next two years. She is working on developing a universal algorithm to efficiently and accurately put the simulator’s multiple parts, or bodies, into the proper, lowest-energy (ground) state necessary for quantum simulation. It is a novel approach to try and suppress unwanted transitions between the ground state and the excited state.

“It still remains a challenge and a fundamental question, preparing such many-body ground states with high fidelity,” Tian said.

The project not only has potential impact on quantum simulation but could also open new directions in efficient quantum computing.

“Physics students are highly sought at national laboratories, in industry and in many different fields because they have analytical skills that can benefit nearly any field. I would really like to see more students learn about quantum physics. It’s a fast-growing and exciting field that attracts people from all backgrounds.”

This project focuses on both theoretical physics research and education and is one of three NSF-backed projects Tian is working on. The other two are focused on quantum technology, centering on quantum acoustics to accommodate a scalable quantum network and optomechanical interfaces to connect hybrid quantum devices, respectively.

All three are designed to contribute to the body of knowledge about quantum computing, and all have educational components Tian said will help increase the participation of women and minority students. She is developing a new course in advanced quantum computing that will help students understand basic concepts and recent progress in the field.

“It’s important to understand these questions at the atomic and nano scales, where the laws of quantum mechanics are followed, before we can build a general-purpose quantum computer,” she explained.

The students and postdoctoral researchers in her group share a broad interest in quantum technology that exists and the tech that could be developed, and are using numerical and cloud tools in their exploration.

A theoretical physicist, Tian joined the campus in 2008. The Department of Physics has two main areas of focus: quantum research for use in sensing, energy and computing; and soft condensed matter and biological physics; and is working on launching a third focus — astrophysics. Seven of the 20 physics faculty members are women, which is remarkably diverse for physics departments this size, Chair Ajay Gopinathan said.

Like many in her department, Tian is working to recruit more underrepresented undergraduate and graduate students to increase the diversity of the quantum workforce.

“Physics offers students many different options after graduation,” Tian said. “Physics students are highly sought at national laboratories, in industry and in many different fields because they have analytical skills that can benefit nearly any field. I would really like to see more students learn about quantum physics. It’s a fast-growing and exciting field that attracts people from all backgrounds.”